A Case for Building Community at Work

By Kendyl Morris November 3, 2021 No Comments 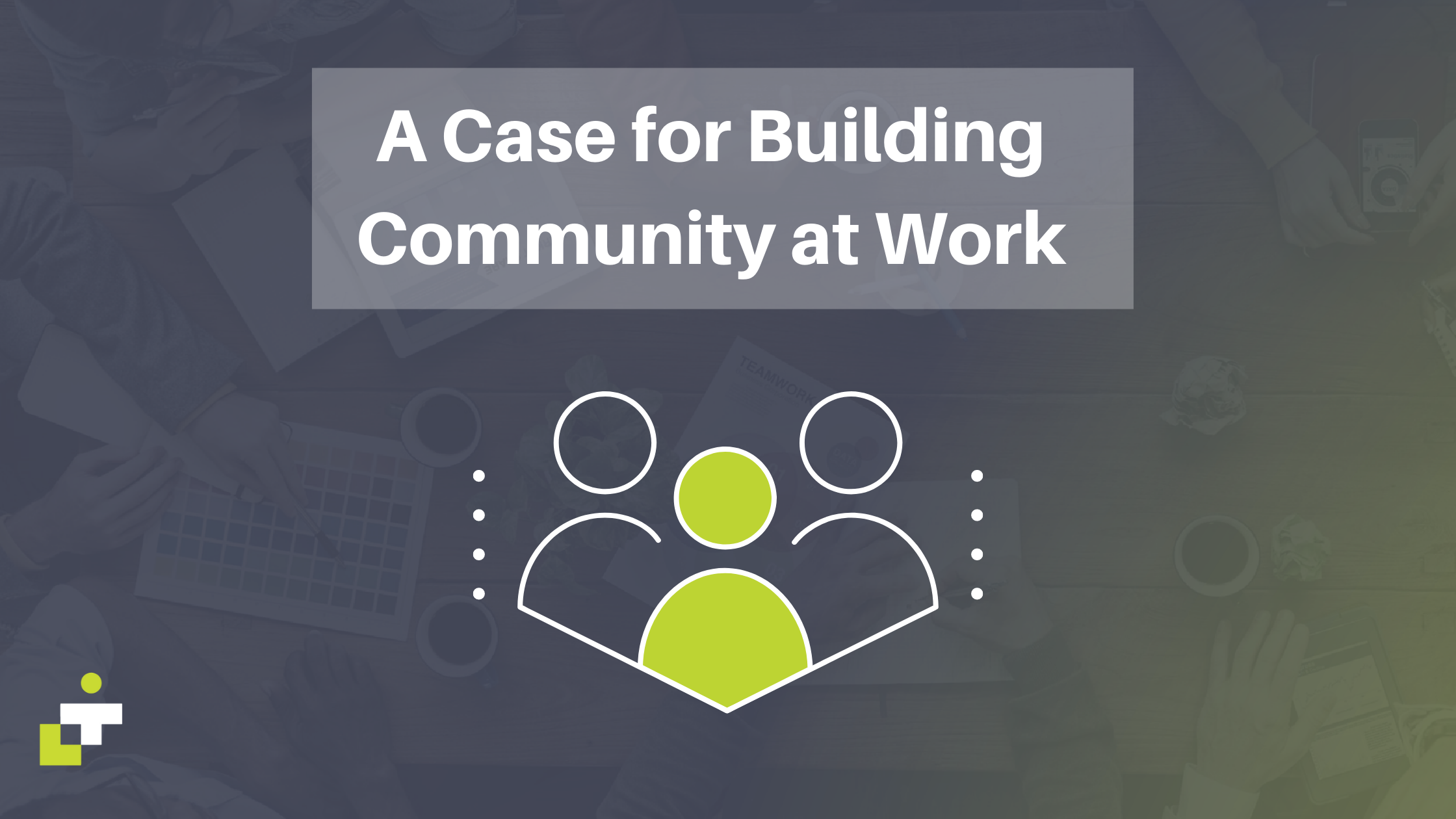 No matter where you get your news, I’m sure you’ve heard about the significant increase in mental health imbalances in America (and around the globe) due to the pandemic. Most of our lives haven’t slowed down, and in many cases have probably become more of a juggling act. So with all of this anxiety and depression, what is there to do about it? Well, more and more happiness researchers are continuing to emphasize the power of community (social connection) in relieving mental health imbalances.

Take this now-famous story about a Cambodian rice farmer who loses his ability to do his job and sinks into a deep depression. The solution to his depression will surprise you, just like it surprised Dr Summerfield when he tried to sell Cambodian docs on pharmaceutical treatment of depression. This is what they told him:

The doctors told Summerfield a story about a farmer they had treated. He worked in the water-logged rice fields, and one day he stepped on a land mine and his leg was blasted off. He was fitted with an artificial limb, and in time he went back to work. But it’s very painful to work when your artificial limb is underwater, and returning to the scene of his trauma must have made him highly anxious. The farmer became deeply depressed.

So the doctors and his neighbors sat with this man and talked through his life and his troubles. They realized that even with his new artificial limb, his old job — working in the paddies — was just too difficult, that he was constantly stressed and in physical pain, and that these things combined to make him want to just stop living. His interlocutors had an idea.

They suggested that he work as a dairy farmer, a job that would place less painful stress on his false leg and produce fewer disturbing memories. They believed he was perfectly capable of making the switch. So they bought him a cow. In the months and years that followed, his life changed. His depression, once profound, lifted. The Cambodian doctors told Summerfield: “You see, doctor, the cow was an analgesic, and antidepressant.” –We need new ways of treating depression, Vox

This man was surrounded by a community who could see the root cause of his depression as a loss of purpose and trauma, not a brain chemical imbalance. While this may be the problem in some cases, this doesn’t explain the rapid rise in depression over the course of the pandemic, numbers that were rising even before Covid-19 hit. The rates of depression haven’t gone down because of pharmaceuticals, so we must look towards other treatments in addition to this, social connection being one of them. This is important in our personal lives but what about at work? With the amount of hours people spend working, it is imperative to find some sense of community in the workplace for optimal productivity and performance as a result of employee well-being.

Many companies are doing their best to cope with shifting to a virtual world, but some of us started virtually so this didn’t impact us a great deal. This has allowed us to focus on ways to build community with this platform, because with employees spread over the United States we aren’t meeting for after work happy hours or anything. But that doesn’t mean we don’t connect! Here are a few things we do at Lender Toolkit to build community on our team:

I hope that with the continuing rise in mental health issues there is a deeper desire among employers to offer employees as many ways possible to find balance, including social connection. This is a core value at Lender Toolkit, and has even sparked the creation of two more challenge coins that focus on wellness and mindfulness. We’re proud to have built such a strong community in these areas and want to reward our team for taking any steps towards feeling balanced. We see the direct value in investing in this for us as a business. After all, we don’t call ourselves Wizards for nothing.